Copyright's contribution to the US economy: rosy figures, this time round 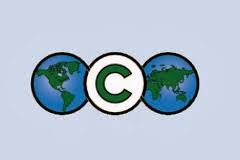 Thanks to Chris Torrero, my attention has been drawn to "Copyright Industries in the U.S. Economy", a report prepared by the International Intellectual Property Alliance (IIPA) which has, since 1984, been working in partnership with the U.S. government to improve the ability of the copyright industries to do business in foreign markets. Quoting directly from the preface to this report:


"To quantify the contribution of the copyright industries, IIPA commenced a series of economic studies in 1990. Copyright Industries in the U.S. Economy: The 2013 Report, the fourteenth such report, by Stephen E. Siwek of Economists Incorporated, covers the period 2009-2012. This Report shows that the copyright industries make up an increasingly large percentage of value added to GDP; create more and better-paying jobs; grow faster than the rest of the U.S. economy; and contribute substantially to U.S. foreign sales and exports, outpacing many industry sectors. The specific findings of this year’s Report mark a milestone: for the first time, the contribution of the core copyright industries of the U.S. economy surpassed one trillion dollars in 2012".

The report can be accessed in full here.

This blogger is generally quite sceptical of reports and studies that purport to measure the value of copyright industries, partly because of the definitional issues involved and partly because of the risk of double-accounting.  However, where there is a series of reports as is the case here, comparisons between different editions can be quite meaningful.  The period 2009-2012 is perhaps one that should be treated carefully, since it coincides with the astonishing growth of online transactions concerning copyright works at the same time as many non-IP sectors contracted or stagnated in the wake of the US banking crises, sub-prime lending scandals and so on.  Now that a global recovery is gradually manifesting itself, the next set of figures from the IIPA report might show a handsome contribution of copyright industries to the US economy in dollars and cents but a far weaker showing in terms of percentage contributions.