How Important Are Patents for Big Oil? 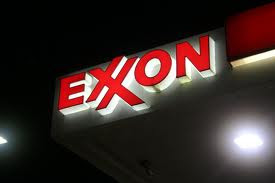 What are patents worth? If one is to believe what was reported by The Economist in its August 3, 2013 issue ("Supermajordammerung"), the answer may be, at least for the huge integrated international oil companies, or "supermajors" (think Exxon or Royal Dutch Shell)—"less than you might think". The thrust of the article is summarized by its byline: ''The day of the huge international oil company is drawing to a close." The piece then goes on for three pages to support this conclusion. It is not our intention to evaluate the correctness of this overall conclusion. Rather, our focus is on the question—how does the article address intellectual property, in general, and patents, in particular, in reaching its conclusion? With an eye towards the role of patents and IP in the context of the present and future prospects of the supermajors, the gist of the article is as follows.


1. The supermajors are increasingly dependent upon oil reserves that are more difficult to access. "Their size, know-how and experience serve the companies well in such plays," the article observes. However, these companies are expending a greater share of their money "to produce less and less global oil output."

2. Growth in demand, if it is to happen, will take place in the emerging world. However, efficiencies in vehicle performance and the availability of alternatives mean that demand for oil for will not materially increase, if at all.

3. Moreover, so-called "national oil companies" (NOC) now make up six out of the ten largest oil companies in the world. As reported, "[s]ome of the NOCS still lack the know-how and the capital to get to their oil on their own, and thus seek out supermajors to help. ….But others can do everything for themselves …, they have learned what the supermajors have to teach them."

4. In addition, the NOCs are acting increasingly like oilfield service companies (think Haliburton or Schlumberger). Indeed, some are supporting in-house service-like firms "to offer other NOCs the know-how that once came from the big international oil companies."

5. According to the article, the supermajors have few viable options short of slimming down (becoming "smaller, fitter oil firms"). That said, "[r]eviving unique in-house technology might help."

The reader will notice a simple, salient fact—the word "patent" does not appear even once in the article. However, the article refers to "know-how" in various places, as summarized above. There seem to be two possible explanations for this. First, the piece is lumping patents and know-how together under the rubric "know-how" (maybe poetic licence, maybe poetic oversight). Secondly, the report is accurately describing the IP position of the supermajors, at least in connection with their continuing ability to discover, produce and sell substantial quantities of oil. As such, the ultimate IP strength of these companies lies more in their collective know-how rather than in their patent portfolios. 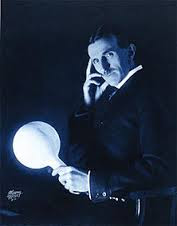 I do not have sufficient information about the oil industry to decide independently which of the two explanations is correct. That said, my natural preference (indeed intellectual reflex) is to assume that the article is accurate, and that it says what it means. Based on that assumption, my conclusion under the circumstances is that patents take a back seat to trade secrets and know-how in determining the overall IP contribution to these companies. This observation is not insignificant. In addressing IP management, there is a tendency to assume the "natural" primacy of patents. When is the last time that anyone of exalted rank ever approached know-how as worthy of much attention? To the contrary, attention to patent issues seem everywhere, whether the White House issuing a report on patent trolls and non-practising entities, here or the President overturning a trade ban recommended by the U.S. International Trade Commission on certain Apple smartphone because of patent infringement, here. Seemingly every where you look (or listen), when you talk IP, you necessarily mean "patents."

However, in summarizing the state of the oil supermajors, no explicit attention to patents is made. Rather, it is the accumulated proprietary knowledge and wisdom of these companies and the competencies that flow from such know-how, which is crucial. Presumably, when The Economist suggests that the supermajors would be well-advised to develop some "unique in-house technology", this reference is to know-how in its broadest sense, rather than a sudden surge in the size of these companies' patent portfolios. If so, then IP management literature on an industry such as oil (far from the spotlight of mobile connectivity) seems wanting. What we really need is increased attention to the nuanced relationship between patents and know-how in various settings. After all, when is the last time that we read of a patent-troll going after an Exxon or Royal Dutch Shell?
Posted by Neil Wilkof at 20:58:00