Patent Valuation, T.S. Eliot and the Theatre of the Absurd

It is one of the most famous stanzas of modern English language poetry. Thus T.S. Eliot
concluded his poem-- "The Hollow Men":

And so it seems to being going with the Eastman Kodak patent portfolio and, more generally, pace the recent jury award to Apple in its lawsuit against Samsung, the patent valuation bubble that we have been witnessing. We have several times over during the past year questioned (here, here and here) the basis for the oversized valuations that have been ascribed to various patent portfolios, including Motorola Mobility and AOL. But at least these valuations were connected with real transactions, where a willing buyer and a willing seller agreed on price.

But what about the most curious of these jumbo valuations, namely the amount ascribed to the portfolio of Kodak Eastman patents--up to $2.6 billion dollars-- as the company is in throes of Chapter 11 bankruptcy proceedings in the U.S. and is itself was being valued at only at a fraction of the proposed valuation of its patent portfolio? It just did not seem to make sense to this commentator.

Well, it seems that, when all is said and done, T.S. Eliot's observation may prove to have been a more accurate assessment of the Kodak portfolio than that of all the investment bankers, IP asset valuators and the like. An article by Mike Spector and Dana Mattioli, which appeared in the September 14, 2012 edition of wsj.com here (a hardcopy version appeared in the September 15th U.S. edition of the newspaper), says it all—"Kodak Patent Auction Fails." Announcing with great fanfare that the portfolio would be put to auction in order to fetch an amount equal to the portfolio valuation estimates, the reality has told a different tale.

As observed in the article, the bids came in, but each for a different "shape, size and combination" of the portfolio. More importantly, while participants in the bidding appear to have include companies such as Apple and Google and patent aggregators Intellectual Ventures here and RPX Corporation here, the amounts actually offered look at first blush to be a rounding error, ranging from $150 million to $250 million. As a result, the company has revisited the feasibility of the auction process. Instead of providing the bankruptcy court with "serial" extensions for the conclusion of the patent auction, Kodak has notified the court that is simply "adjourning the sale hearing until further notice." This means that if the company reaches a deal, it will notify the court. However, the auction is no longer part of the case docket. The article ascribes the troubles besetting the auction to the concern felt by the bidders "that Kodak already squeezed much of the value from the portfolio with repeated litigation and licensing." If so, and if that is the underlying reason for the disappointing bids, then the question is: Weren't the data points not clear at the time when the $2 billion plus valuations were being made? If the answer is "yes", then how we account for the chasmic difference in valuations? If the answer is "no", what does this tell us about the valuation process?

Let me be clear: I am aware that patent valuation (and IP valuation more generally) is a difficult and often inexact exercise. If the IP under scrutiny does not have a current income stream or some other ready metric to determine valuation, there are few if any other clear market indicators to assist in the evaluation process. As such, any such effort is at best merely an estimate, even a rough estimate, no matter how skilled the person making the valuation. 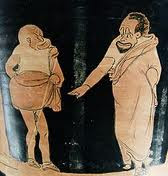 That said, the discrepancy in connection with the Kodak portfolio raises questions beyond those that are connected with any patent valuation. It strains credulity to believe that anyone can conduct a reliable valuation of a portfolio of 1000 or more patents within the time frame in which most valuations are meant to be carried out. If that is true, then what exactly were the parameters being considered in doing the valuation under the circumstances? Perhaps more importantly, what was the input of the investment bankers in determining the valuation of the Kodak (and other patent portfolios)? Are the interests of the bankers aligned with the valuation specialists; are either or both fully aligned with the company? If not, why not? And where was the mainstream media in doing more critical reporting of the issue?

I have been arguing for some time that the recent spate of oversized patent portfolios provides great theatre, but little more, for those who want to show "how valuable patents can be." I agree that patents can be valuable, even very valuable, but in most industries, that value is seen far from the spotlight of the media. Maybe it is time for the curtain to be dropped on this theatre of the absurd.
Posted by Neil Wilkof at 00:07:00

T.S. Eliot was rather insightful and truly brilliant in the way he assessed situations...many times we often end up where we begin and that is why the whole process of IP valuation is both humbling and unpredictable.
-R