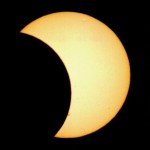 Decisions of the UK's First-Tier Tax Tribunal don't often get a mention on this blog, but Eclipse Film Partners No 35 LLP v Revenue & Customs [2012] UKFTT 270 (TC)  looked quite interesting, this being a lengthy decision of Judges Edward Sadler and John Walters QC of 20 April.


Eclipse, an investment partnership, was incorporated in October 2006 and comprised 289 members. According to its partnership deed, its business was the production, distribution, financing and exploitation of films. Eclipse struck a complex licensing agreement with Disney under which each member made substantial contributions of capital to pay the licence fee, stumping up some £50 million of their own cash and borrowing another £790 million under a 20-year facility. At the same time, the film rights were sub-licensed to a distributor, which agreed to pay annual specified sums over a 20-year period. Eclipse then entered into a marketing services agreement as a means of supervising the implementation of the distributor's release plans for the films, as well as a consultancy agreement relating to the future selection, acquisition and exploitation of films and film rights.


In its first partnership return, Eclipse said it was carrying on a commercial trade of acquiring and exploiting film rights, although no profits had yet accrued. In reliance on the Income and Corporation Taxes Act 1988 sections 353 and 362, its members claimed tax relief in respect of the interest paid on their borrowings.


The Commissioners for Customs and Revenue considered that there was no entitlement to tax relief because Eclipse was basically just a vehicle for speculative investment rather than a trade. Were they right?.

Dismissing Eclipse's appeal, the FTT explained that the burden was on Eclipse to establish that it was carrying on a trade, not for the Commissioners to disprove it.  The transactions and arrangements entered into by Eclipse were not a sham; indeed, they had legal effect according to their terms, and the fact that they were set up as a tax avoidance scheme did not automatically mean that they could not be trade.  The killer punch here, though, was that the way Eclipse's members financed their capital contributions and the extent to which they did so was extraneous to Eclipse's actual activities.


On these facts, said the FTT, the interdependent and coterminous licensing and distribution transactions entered into by Eclipse did not have the speculative aspect that could be expected of trading transactions. True, the sub-licence produced profit -- but the bulk of that profit was predetermined and could not be regarded as the speculative profit of a trading venture. Any additional profits which might materialise were clearly viewed as a bonus rather than a profit reasonably to be expected. In commercial terms, Eclipse did not have a "customer" but had merely been given the opportunity by Disney of participating in its licensing arrangements.
Posted by Jeremy at 10:32:00