Marks and Brands in the Auto Industry II: Motorsport

It can be argued that the most valuable IP of a motorsport team is its brand: it is by allowing third parties to associate themselves – through sponsorship -- with their brand that teams earn much of their money. Similarly, it can be argued that technical IP serves merely to enhance the value of the brand by facilitating race success.

Perhaps, then, it should come as no surprise to learn that a “green” vehicle design company Set up in 2007 by Gordon Murray, former Technical Director of the successful McLaren and Brabham motorsport teams, has 13 different trade mark registrations compared with 9 patent families and two design registrations. The company also maintains a high public profile, its most recent press release announcing the development of a new electric-powered sports car, the Teewave. 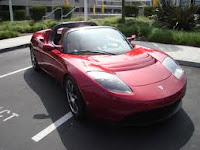 In this latter respect, Gordon Murray Design seems similar to the electric sports car manufacturer TESLA founded by another high-profile figure, Elon Musk, co-founder of PayPal. Financial commentators blow hot and cold on TESLA’s prospects: it will be interesting to see how Gordon Murray Design fares.