The Groupon IPO: Where Does IP Fit In?

No sooner had the successful LinkedIn IPO settled into becoming yesterday's news than the spectre of the even more massive projected Groupon IPO returned to the headlines. Groupon is the fabulously expanding online daily coupon company that features discounted gift certificates usable at local or national companies. Readers may remember that Groupon rejected last fall a reported acqusition offer by Google of more than $5 billion dollars, making the likelihood of an IPO only a matter of time. That time has apparently arrived, as Groupon has notified the SEC of its intention to float its shares.

The numbers for the projected Groupon IPO are eye-popping. The company seeks to raise amounts that I have heard range from $750 million upwards, the most ever in the social-media space, based on a valuation that has ranged in recent reports between $20 billion and $30 billion dollars. Groupon has been described as one of the fastest growing companies in history since its founding in Chicago 2008. In light of all of this hoopla, the article by Ari Levy, which appeared on 3 June on Bloomberg.com entitled "Groupon’s $540 Million in Losses May Leave Investors Leery of Share Sale" here, is noteworthy.

The gist of the reservation expressed by Bloomberg.com is that the fact that the company has had "operating losses of $540 million dollars in operating losses since 2008 may leave some investors leery of buying shares in a company with a business model so easy to copy that it has spawned 482 imitators.... Sales surged more than 14-fold to $644.7 million last quarter, making Chicago-based Groupon bigger than established technology companies like Citrix Systems Inc. (CTXS) and Autodesk Inc. (ADSK) Yet, with marketing costs rising faster than sales, Groupon may not make money fast enough to warrant the $25 billion valuation it was said to be contemplating. .... [This so so], despite that]gross profit, or the revenue left after sharing sales with merchants, jumped to $270 million in the first quarter from $20 million a year earlier." 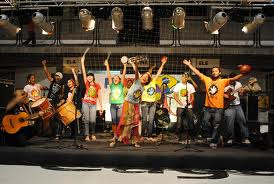 Lets add a bit more granularity to these data. Groupon has increased its subscriber base to 83.1 for Q1 2011 (up to 3.4 million subscribers for the Q1 2010). The number of deals has increased from 1.8 million in Q1 2010 to 83.1 million for Q1 2011. The company provides coupon offers in more than 500 markets throughout the world, nearly in twice as many markets as its closest competitor.

With these kinds of numbers, what could be the concern? In a word, the problem is marketing costs. As reported in Bloomberg,"[t]o handle the growth, Groupon bolstered its workforce to 7,107 employees as of March 31, from 37 in June 2009. Revenue per sales representative in the first quarter was $172,000 a month, up from $87,000 two years earlier, the company said. The company had marketing costs of $208.2 million in the first quarter, resulting in a net operating loss of $117.1 million. Groupon spent $179.9 million on subscriber acquisitions, as it tries to build its lead ...."


And so to the question: can Groupon reach scabilility whereby profits will at some point consistently exceed marketing and manpower costs? This is especially so, given the low barriers to entry and fact that, while the service is online, the service is at the end of the day local. To reach profitability, Groupon has to ensure repeat custom. In the words of Espen Robak, president of Pluris Valuation Advisors LLC, a New York-based adviser to investment funds,“It all depends on how sticky those customer relationships are. 'If they become subscribers forever and you can harvest those relationships for a long time, the money you spent up front is money well spent.' ”

Notable in the discussion up to now is nary a mention of IP. Whatever success Groupon may enjoy, IP would seem to be a minor factor, at best. Let me suggest, however, that at least regarding trade marks/goodwill and trade secrets, IP considerations may be more crucial for Groupon than appear at first glance.

With respect to trade marks/goodwill, in a crowded field of competitors and low barriers to entry, the successful building of the Groupon brand may well be crucial to enable the company to continue to stand out from the rest of the pack. A killer brand may provide the ultimate leverage that will enable the company to achieve the kind of repeat custom that it needs to reach profitable scalability. The company's continuing marketing expenses suggests that it well recognizes the centrality of branding in determining its ultimate success.

The claim is being increasingly made (including by myself) that the two pillars of IP that have driven entrepeneurship for 30 years--copyright (think software) and patents--will be of lesser importance in the social media space. If so, however, the upshot may not be that successful social companies will be bereft of IP, but that other forms of IP will become more central. Groupon may be an excellent test case to prove the correctness of this supposition.
Posted by Neil Wilkof at 23:01:00

...it gets back to the conversation about the definition of IP. Is it just the mainstream four (patents, trademarks, copyright and trade secrets) or is it all the knowledge assets of the organization--more often called intellectual or intangible capital? Ultimately, IP must be understood as IC. But it will take awhile longer for IP practitioners to see this.