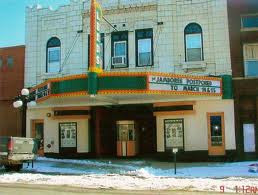 The relationship between the movie studios and the channels for the distribution of their contents has been a leitmotif of the film business from the inception of movies as a commercial activity. There was a time, a half of a century ago, when the matter was primarily framed (at least in the US) as a question of antitrust law. Thus, in the seminal Supreme Court case of United States v Paramount Pictures, Inc., 334 US 131 (1948), the Court required the studios the divest themselves both of ownership of theatres and of maintaining exclusivity rights regarding which theatres would be allowed to show their films to the consuming public. In so doing, the decision hastened the demise of the old studio system as well as giving rise to new arrangements for the production, distribution and exhibition of movies.

Much of the antitrust doctrine underlying this decision has been either called into question or outright overturned by later Supreme Court jurisprudence. What remains is the continuing love/hate relationship between the providers of celluloid content and the various platforms by which these contents are made available to the public. An excellent summary of the current state of this tension appeared in the Los Angeles Times article of 23 December, under the byline of Richard Verrire and Chaudia Eller and entitled "Theatre Operators Fight Studios' Plan to Release Movies in Homes Earlier", here.


The gist of the revenue share between studios and theatres is that threatres keep about 50% of revenue from ticket sales, while the studios keep the remaining portion. With each development in distribution technology, the studios seek to leverage their contents to earn additional revenues, following a multiple distribution trajectory from theatre to DVD sales, to video on demand (VOD), to cable broadcasts.


The genesis of the current tensions between studios and theatres derives from the declining sales of DVDs for home viewing. For studios, DVDs have been the main driver of non-threatre exhibition income, but DVD sales are declining. The challenge is how to maintain a home viewing market as the consumer slows his purchasing of DVDs, especially when the size and quality of home screens continue to develop. One strategy, and the immediate bone of contention, is for the studios to shorten dramatically the period of time in which a theatre enjoys a monopoly in the exhibition of a movie before it is made available for home viewing (the so-called "theatrical window"). In the DVD world, the theatrical window has been 130 days from the time that the movie is exhibited in the theatre to the time that the movie is first available in DVD form.


The suggestion is reduce the theatrical window to 30-60 days for premium priced VOD, with the price ranging from $30-$60, depending on how soon the movie is made available. The pros and cons of such a move are not unexpected. Movie theatre groups see such a step as a direct threat to their revenue potential by shortening the waiting period for home viewing and thus giving consumers less of an incentive to rush to their local movie house. Even a producer or two shares this view, most notably James Cameron of Avatar fame: "We don't make movies for the small screen, we make movies for the big screen. Television is a great art form, but it's an oxymoron to say that we're giving you a premium experience on TV." 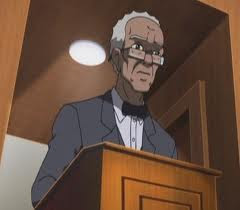 In response, the studios point to the challenge of the changing economic climate. Notable in this regard are the words of the Chairman of Universal Pictures, Adam Fogelson, who observed that '[w]e are exploring every conceivable additional revenue stream there. The facts are irrefutable that our business models are under an extraordinary amount of pressure. In order for the studios to remain healthy, we need to find ways to recapture that revenue." Some analysts see the issue from another angle, namely that risk is overstated. It is observed that fewer than one-half of US consumers view movies via VOD and only a small proportion of those consumers can be expected to fork over $30-$60 to watch a movie at home, no matter how fancy the screen.


The long-term future of movie theatres has been the focus of media eulogies more than once in the past, with this or that claim that technological developments for content delivery and display will render theatres decreasingly important for the distribution of movies. While there has been a small decline in movie attendance this year, revenues have held up due to increased ticket prices. More importantly, only a commercial manichean would see theatre owners and the studios as being engaged in a zero-sum game. As the article itself points out, there is and has always been a symbiotic relationship between the two. The mix may change at the margin, but the demise of the theatre seems premature.
Posted by Neil Wilkof at 21:46:00