Internet referencing... with a twist of squash. 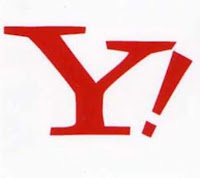 When it comes to the field of online advertising services, Yahoo Search Marketing is not considered as a big player by media and advertising companies and neither is it seen as the main offender by trademark owners fed up with the unauthorized use of their trademark as keywords. Indeed with only 6% on the search engine market Yahoo rarely makes the headlines and its search engine marketing (or S.E.M) techniques are not carefully scrutinized by marketers and trademark owners compared to its competitor Google and its famous paid referencing service AdWords. However World Trademark Review reporter Adam Smith posted a very interesting blog item last week that will probably catch the attention of marketers and trademark owners alike and might even upset many of them. This blog post might also cast a light on a company that seems to be acting freely behind the shadow of a giant, which has been taking most blows for the whole internet referencing sector mostly given its hyper-dominance on the market.

According to Smith, who relayed an article originally published in 2007 by Yahoo! on its research webpage, the company developed of a method to “inject more competition” in Yahoo’s keyword auction system by handicapping users of their service whose ad click probability (otherwise known as Clickthrough Rate) is very high. At that stage the actual deployment of this method called “squashing” invented by Yahoo! Microeconomics research group into Yahoo’s paid referencing system remained unknown. However Yahoo! Chief Economist Preston McAfee admitted its use very recently in an interview given to the Register and stated that: "When someone has a really high ad click probability, they're very hard to beat, so it's not a really competitive auction. (…)So that they don't just win [every auction], we do squashing.”
It must be noted that whereas scientists of Yahoo Microeconomics research group were mentioning the idea of a better experience for users and advertisers as second underlying motive for the implementation of this squashing algorithm – "the idea is to explore other mechanisms to help us maximize our own revenue as well as maximize the value we provide to advertisers and users" as David Pennock, a Yahoo! Research scientist in the microeconomics group explained, Preston McAfee did not explicitly referred to user’s experience improvement as reason behind its implementation besides its proclaimed objective of increasing Yahoo’s revenue. He notably mentioned that "the bidders respond by bidding higher. The one who was destined to lose is now back in the race, so they bid higher trying to displace the number one, and the number one is trying to fend them off so they bid higher too. (…) We can make the competition a bit more fierce using squashing, even on keywords where there's not much bidding."

With his declarations Preston MacAfee might have open something of a Pandora’s Box, which could have some serious consequences for all the players of the market – with Google in first line – if were proved that sponsored links are not appearing in an order resulting from the strict application of a fair and neutral algorithm. Finally this twist of squash might not been appreciated by trademark owners already appalled by the use of their trademarks as keywords by competitors, which has been authorised by the ECJ in the famous Joined Cases C-236/08 to C-238/08 Google France and others v. Louis Vuitton and others. Squashing or not, the forthcoming developments of this story will be juicy.


For some orange squash: click here
For a crazy squash point : click here
Posted by Grégoire Marino at 01:39:00