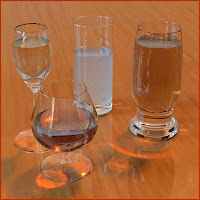 An email circular released today by Deloitte and authored by Elizabeth Gutteridge reviews the economic consequences of last week's European Court of Justice ruling in Intel v CPM (for details of the decision see here and here). This was the ruling in which the ECJ ruled that Intel could not automatically prevent third parties applying identical or similar trade marks to dissimilar goods (in this case INTELMARK for telemarketing services): Intel could only succeed in its trade mark dilution claim by furnishing evidence of injury or serious risk of injury to its mark. According to the court, in order to prove dilution, the mark owner must show evidence of a change, or serious likelihood of a change, in the economic behaviour of the average consumer of the goods or services for which its mark is registered. In terms of the economic implications of this ruling, the circular states (with good cause):

"As a result, clients and their legal teams will be faced with a series of potential evidentiary and analytical challenges .... Mark owners wanting to demonstrate dilution will need the support of robust financial and economic analysis. Consideration may need to be given to the following:

• Market analysis to define the competitive markets within which each party operates;

• Assessment of the hypothetical economic behaviour that would have occurred absent the third party’s use of the mark, compared with the actual position;

• Identification and isolation of the impact of third party use on brand values".

The cost and effort that will go into this are awesome, particularly in the case of Community trade marks where the characteristics of the parties' respective markets may differ substantially between EU Member States (for example, beers and lagers in Northern/Southern Europe) and where the claimant's mark is not used alone but in combination with one or more additional trade marks (impact assessment for dilution of the Coca-Cola word mark and the distinctive curvy bottle would demand different parameters).

On the facts of INTEL/INTELMARK the assessment of the impact of changes in consumer behaviour is even more complex because Intel's mark attracts consumers on three levels: makers of computers that contain its microprocessors, retailers that choose to stock it and the purchasers of the ultimate product. There are other costs too, particularly the establishment costs of hours spent in non-profit-generating discussions with lawyers, economists, market survey consultants and business experts. Would it be too much to guess that the situations in which the cost to the trade mark owner of bringing a dilution claim will not exceed the benefit of that uncertain course of acton must be few and far between.
Posted by Jeremy at 18:20:00

"Would it be too much to guess that the situations in which the cost to the trade mark owner of bringing a dilution claim will not exceed the benefit of that uncertain course of acton must be few and far between." (per IPKat)

Rightly so! Dilution is surely the most extreme frontier of trade mark protection.

Only after exhausting identical/identical, likelihood of confusion, free-riding and tarnishment would you come to consider dilution for the rare cases where, despite the fact that none of the above apply, a brand is so iconic and valuable that it seems to risk damage even from an apparently unrelated use.

If your brand is that big, then forking out to assemble some decent evidence of detriment is not so unreasonable (and you would only have to pay once since the same raw evidence would probably get you through several cases).

The alternative would surely make protection far too easy, once you reached a certain reputation threshold, leading to an inevitable fencing in of the commons (I am imagining a certain restaurant chain taking steps to gain exclusivity over the letter 'm').