"The winner takes it all" (or at least most), productivity and frontier companies: how does IP fit in?

The Economist magazine recently discussed (“The great divergence’, November 12th) an (unnamed) research report carried out by three researchers at OECD (Dan Andrews, Chiara Criscuolo and Peter Gal), which suggests that the Schumpeterian notion of “creative destruction” may be stuck in neutral. Leading companies seem more and more to be enjoying a continuing lead in their industries, with less and less challenges from scrappy newcomers. 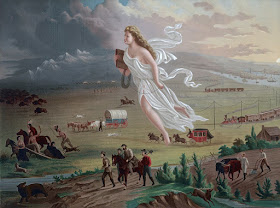 of 2.6% per year, while the remaining 95% have managed only 0.6% productivity gains. The difference in productivity is even more stark when comes to services: 3.6% for the frontier companies as compared to only 0.4% for the stragglers. Two major themes relating to IP emerge from The Economist article: (i) the role of patents and know-how; and (ii) the transmission mechanism for innovation.

The role of patents and know-how—Regarding patents, the report states that frontier companies “[u]nsurprisingly …are ahead of the pack in technological terms, and they make much intensive use of patents.” No more explanation is provided, which is a shame, because the statement as provided is not entirely clear. How does one measure “intensive use of patents”; is it a quantitative or qualitative analysis? Is it really the case that a major indicium that distinguishes between the frontier companies and the laggards is patent activity? One need only think of the large patent portfolios that were sold several years ago by failing companies such as Kodak and Nortel. It is a pity that the article does not elaborate.

Of equal interest is the role of know-how. The article writes that “…frontier firms (the 5%) have each discovered their own secret sauce”, going on to describe the know-how that has enabled companies such as 3G Capital (a successful, Brazilian-based private equity firm), Amazon, and BMW to dominate. The linkages between the patent position and the development of special know-how tailored to each of these companies’ activities suggest that the two work in tandem.

If so, even the most sophisticated patent analytics may be missing a crucial component in seeking to explain the success of technology-based companies. What may be needed is a metric measuring the contribution of know-how, which can then be applied together with patent analytics to provide a more robust picture of the IP position of these companies, and whether any generalizable insights can be obtained.

The transmission mechanism for innovation-- Here, the article focuses on how technology spreads horizontally between companies that are members of the top 5% as well as vertically within a given economy. The suggestion is made that with respect to frontier companies—

The upshot is that—

“…technological diffusion has stalled: cutting-edge ideas are not spreading through the economy in the way that they used to, leaving productivity-improving ideas stuck at the frontier.” 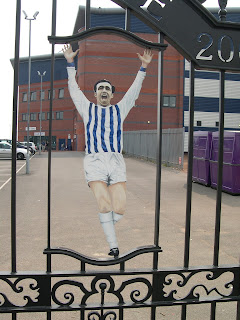 The result is what has been termed a “winner takes all (or at least most)” position in the relevant market. Schumpeterian notions of “creative destruction” are less likely to apply because not only do the frontier companies better exploit their patent/know-how mix, but they are able to attract the most talented persons in their industry. In such a scenario, continuing incumbency as an industry leader becomes more of the norm.

The causal direction of this relationship is not entirely clear, i.e., do more talented people lead to a continued stream of better patents and know-how, or is it the reverse, or are they merely coincident factors in connection with productivity and market dominance? Of perhaps greater concern is the suggestion that useful IP, particularly patents, will be increasingly the purview of only the top layer of companies, with less and less vertical transmission within the relevant industry. When leavened together with unique know-how, this combination gives rise to the increasingly expressed concern that IP, particularly patents, are more an instrument for maintaining market power than a facilitator of broad-based innovation.