Brand-building online: when shelf space is replaced by ...?

While brand building needs to take into account a large number of factors, at the end of the day, a brand is ultimately only as good as its last

sale. This certainly holds true for shoes and clothing. For sure, the producers of these products strive to promote their brands with the goal that the brand will continue to resonate with customers. However, unless producers can get their products into the hands of customers in an effective way, the goal of establishing a brand is doomed to failure. Successful execution of distribution and sale of these fashion products in the name of brand development may be even more challenging in the face of the rise of online sales.

An interesting aspect of this online challenge emerges from an article that appeared in the September 3rd issue of The Economist, entitled “Fashion Forward.” The piece describes the commercial success of Zalando, described as “Europe’s biggest online vendor of clothing and footwear”. Zalando is reported to have relationships with approximately 5,000 brands, most of which are described as “well-known labels”, and it supplies over 150,000 items.

What is in this for the brand owners themselves? We start with the premise that the brand owner recognizes the increasing importance of online sales. This is so, even if purchaser choice of clothing and footwear is a matter of individual taste and so, for generations, the visual/tactile experience of actually selecting an item in a store has been central to the purchasing experience. Zalando provides a partial solution by offering an extraordinarily generous return policy, good for 100 days following purchase. Almost 50% of purchased products (based on value) are returned, usually because of issues of fit or style. This arrangement may not be the functional equivalent of the on-site dressing room, but the ease of the terms of return seem to be sufficiently accommodating to establish the online purchasing experience as a viable alternative to the brick-and-mortar store.

“[a] lure for retailers and brands is that Zalando saves them from having to invest in e-commerce themselves.”

There is a sense that this position is analogous to the motivation for an enterprise opting for cloud-based services rather than maintaining the necessary computer hardware of their own. But such an observation only goes so far. In the pre-online world, a brand holder (unless it maintained a brick-and-mortar site) did not have to invest in distribution and sale infrastructure, which was the responsibility of third party retailers and the like. True, one had to fight for shelf space, but if your product could be successfully placed, it was the retailer that bore the rest of the sales burden. 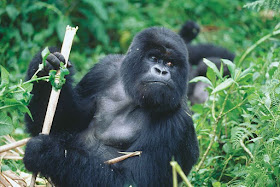 On its face, the same approach is being adopted in the arrangements with online sellers, such as Zalando; the brand holder is freed from maintain its own online platform. But query whether the brand holder may be giving away too much control in the name of sparing itself from the need to invest in the infrastructure itself. The retort will likely be— “But we have no choice. Even a behemoth such as Walmart is struggling to successfully operate its online business. Whom am I, a mere minnow in the clothing space?” That may be so, or it may not. What does seem clear is that a brand holder tying itself to the likes of Zalando in this manner may be even more shackled to the distribution whims of a third party than it was with respect to its brick-and-mortar retailers.

And Zalando itself is itself potentially vulnerable from a challenge from the likes of the 800-pound gorilla in the e-marketing world, Amazon.com. For the moment, Zalando has a market-leading position, which may be difficult for Amazon to copy. But as noted--

“Eventually, though, Amazon will build a strong offering, and consumers will be called upon to decide: do they want a one-stop-shop for everything, from electric toothbrushes to Jimmy Choo shoes? Zalando’s hope is that there is still something special about shopping for fashion, even if it’s done while waiting for the bus.”

Should that come to pass, the position of the clothing and footwear brand holder within the online sales environment might be even more challenging. This is so, because the brand holder has merely exchanged a battle for shelf space for a struggle to obtain favorable terms with the likes of Amazon, with no apparent viable plan B.
Neil Wilkof at 09:18:00
Share