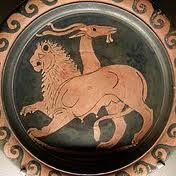 It appears that the sale of mega-portfolios of patents is not going away, especially in these difficult economic times and, with it, increasing questions about what is going on.
Neil Wilkof at 09:00:00
Share