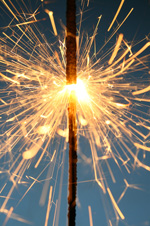 According to an article entitled "Breakthrough IP" in the UK IPO’s IP Insight newsletter, Ceres has from the start focused on applications for its fuel cell in the home.  The 2011 Annual Report also sets out a strategy of co-development and/or partnership which “enables the Group to maintain control of key intellectual property”.  It follows that the impact of the opposition - should it be successful – on the company’s value may be low.
Ian P. Hartwell at 12:59:00
Share