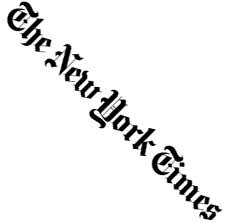 Against this print v online morality play, a little-mentioned event occurred late last week that highlights another aspect of the search for commercially viable platforms to deliver copyright content. The event in question was the announcement by the New York Times that it is discontinuing its broadcast of podcasts. First a confession: I am podcast freak. For over two hours each day, starting with my one-hour constitutional in the morning and extending to the 45-minute bus commmute to and from work, I combine either walking or bus travel with listening to a series of informative podcasts by the newspaper on business, politics, science and music.

Without a doubt the New York Times is well ahead of the class in the contents of the podcasts in these (and probably in all areas subject to a podcast broadcast by the company). It is not an exageration to say that these podcasts have helped frame the terms of my thinking in recent years. In effect, these New York Times podcasts are a unique form of derivative work, whereby journalists are called upon to adapt their print contents to the quite different medium of the spoken world. Unlike the mere reproduction of audio content broadcast on radio and then reworked for further podcast broadcast in MP3 format (such as Bloomberg, the BBC or National Public Radio), the New York Times had succceeded in creating a distinct content form elegantly adapted for an aural, non-visual platform. And yet this same newspaper, owner of one of the most august names in the journalistic world, has decided to shut down one (albeit small) aspect of its journalistic excellence.

While no specific reason was given in the announcement of the discontinuance of the podcasts, a strong hint was found near the end. There, the presenter urged listeners to either take up an offer to subscribe to the online version at an introductory low price or continue with the print edition. This suggests that either the podcasts were an expense that the newspaper was no longer interested in bearing, and/or that the podcasts had not succeeded in driving listeners to subscribe to either the online or print edition, and/or the podcast broadcasts were merely cannabilizing potential revenue-generating customers. In shutting down its podcast service, the newspaper is apparently prepared to risk the loss of the goodwill accruing to its name by virtue of the podcasts or, even more, engendering a certain feeling of betrayal -- contents available via the iPod over a number of years have been suddenly yanked from the listening public. 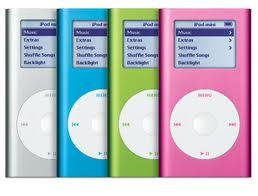 Whatever the reason, the result of the decision is to impoverish the content available for a medium (MP3 iPod players) that is uniquely placed to facilitate the optimalization of the multi-tasking experience, something neither the online or print experience can offer. After all, one can equally engage in various forms of physical activity while also listening to his favourite podcast content. Nothing of the like can be achieved by online or print content, which demands the complete attention of the reader.

It has been noted more than once that the burgeoning of derivative works and the success of their commercial exploitation has been one of the main drivers in the expansion of copyright over the last several decades. Both commercially and artistically, therefore, the creation and exploitation of derivative works is one of the success stories of modern copyright. When it comes to MP3 content, however, that is no longer the case, at least for the New York Times. In so doing, at least one najor copyright owner has apparently decided to cut back on the production of quality derivative works. That is a result that should be lamented.
Neil Wilkof at 21:01:00
Share