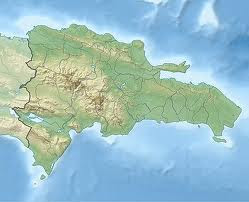 There are few topics that bring together the issues of branding and social responsibility more than that of manufacturing of branded products under what are described as sweatshop conditions. It is not my aim to enter generally into a consideration of the ethical, political and economic issues that drive this debate in diverse directions. Rather, my focus is on an article that appeared in the July 16th issue of the New York Times entitled "Factory Defies Sweatshop Label, but Can It Thrive?", under the byline of Steven Greenhouse here. More particularly, I was intrigued by the multi-faceted challenge to the various brand and name owners who are involved in Greenhouse's tale.

In short, a company called Knights Apparel, located in the U.S. state of South Carolina, has begun manufacturing operations in the Dominican Republic for various college-logo apparael that is then sold primarily on American college campuses. Sellling such logo-bearing apparel (such as the Harvard or Yale name or logo on a T-shirt) is one of those distinctive aspects of the American university milieu; it is also a big business. Knights Apparel is described in the article as the leading supplier of such apparel to American universities.

The factory in question is located on the site of a facility that was shuttered in 2007 (its previous owners having moved its operations to a a lower-cost country). In its place, Knights Apparel has moved in, agreed to pay three and one-half times the prevaling minimum wage and to the unionization of its work force. The products made at this facility have been rebranded under the label "Alta Gracia" (meaning "exalted grace") and will presumably also bear the logo of the various colleges and universities to whom the products are being distributed.

Taking T-shirts, as an example, it is expected that they will retail for approximately $18.00, the same as similar product lines sold under such brands as Nike and Adidas. The question will be whether students and other consumers will be willing to pay roughly the same price for logo-bearing apparel, but sold under a new brand. That is to say, will purchasers pay the same for the "Alta Gracia" mark as for products bearing the Nike or Adidas mark? 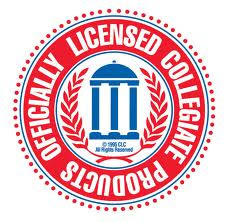 The views are mixed: "Yes", claims that CEO of Knights Apparel, noting that the company uses "high-quality fabric, design and printing." "Maybe", says industry consultant Andrew Jassin, who observes that "deft marketing" may attract consumers are committed to the social message and thus willing to pay the premium price for an unknown mark. The need for quick and effective marketing is echoed by Professor Kellie McElhaney of University of California, Berkeley, who claims that if this is done properly, "[a] lot of college students would much rather pay [i.e., their parents--NJW] for a brand that shows workers are treated well."

Time will tell whether this experiment by Knights Apparel will prove commercially successful. Already, however, we can muse about the position of the various names and brands:

1. Knights Apparel--It appears that the company also is involved in supplying apparel products in other industries, where there may not be such a pressing call for "fair labour" conditions. As such, it occupies a somewhat neutral position--while it has an interest in being identified as being outfront on this issue in the college environment, it may not necessarily seek that identification in other settings (such as, perhaps, professional sports leagues). Accordingly, the company will likely choose to emphasize the "Alta Gracia" brand more directly rather than the company name per se.

2. Alta Gracia--This appears to be an interesting attempt to create a brand that combines both a commercial and social message and which is targeted to a specific target audience. If it suceeds, it may well enable Knights Apparel to compete successfully with names such as Adidas and Nike in this market. On the other hand, it is questionable to what extent the brand will be able to be extended to other commercial markets.
3. Colleges and Universities--Presumably, their names and logos are on the apparel, since it is the attraction of being identified with a particular institution that is the primary driver in the decision to buy a logo-adorned item. To the extent that colleges and universities perceive this effort by Knights Apparel as reflecting values with which the institutions wish to be identified, they may have a double interest here--both commercial and ideological. As noted by James Wilkerson, the director of licensing at Duke University (and identified as a leader in the American universities' fair labour movement), "[t]his sometimes seems too good to be true." (It is also a lot more focused that challenging every consumer electronic item being sold on a college campus on the ground tht one or more of its compoments was made under sweatshop conditions.)
4. Book Sellers--It is reported that Barnes &

Noble, America's biggest book store retailer (and which has this week made an announcement that it is interested in being purchased, here), will being making a special effort to market "Alta Gracia"-branded T-shirts and sweats on 180 college campuses by September. As Joel Friedman of the company's College Bookstore division states, "We think that it is priced right and has a tremendous message...." In trying times, when bricks and mortar book operations have a compelling need to act as good citizens, book sellers such as Barnes & Noble have a clear commercial interest in being identified with the ideological aspects that will be embodied in the "Alta Gracia" name, at least on college campuses, if the project proves to be successful.

Let's see how these events will develop.