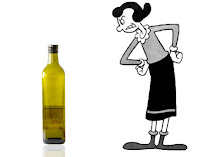 I’m not privy to the arrangements through which Rachel Ray’s EVOO [Note: EVOO is Ms. Ray’s famous on-camera identifier for extra virgin olive oil] or Safeway SELECT’s extra virgin olive oil bottles are produced. But I think the UC Davis report and the subsequent class action complaint are good reminders of the importance of including quality control measures and indemnification obligations in such agreements. Licensing is often a beneficial method for a brand to expand its product offerings; consumers who trust the brand’s core offerings seek out new ways of experiencing the brand through new products, whether manufactured in-house or through licensing arrangements. Even if this complaint is ultimately dismissed, all defendant brands may experience some damage to their consumer good-will, but for the licensed brands, this damage was essentially out of their hands. Whether they may have recourse against their manufacturers and/or licensees will depend in significant part on the strength of their contractual agreements.
Miri Frankel at 21:03:00
Share