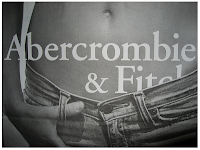 "Will "Black List" Damage Brand Image Of Companies?" This is the question posed by Barry Silverstein in this piece for brandchannel. Silverstein assumes that, if companies benefit from inclusion in Corporate Responsibility magazine's "100 Best Corporate Citizens" feature, a listing in the forthcoming "BLACK LIST: The Russell 1000's Least Transparent Companies", is likely to inflict some harm upon them.

The Black List, which goes public on 24 April, scores companies from the Russell 1000index of large-capitalization stocks in areas such as financial, governance and human rights. Abercrombie & Fitch, Lorillard, and Weight Watchers are mentioned as being among those mentioned. Silverstein adds:

"Interestingly, the magazine claims that the best corporate citizens had a three-year return on shareholder value of 2.37, whereas the 30 black listed companies had a negative return of 7.38 percent – proving that it literally pays to be a good guy".

This is by no means certain: is it causation or correlation and, if causation, in what way? Perhaps good share performance breeds greater transparency as a response to increased inquiries and the demands of compliance with due diligence. Silverstein then asks whether inclusion in the Black List will give any of the companies a black eye in terms of their brand image:

"Companies tout their appearance on positive lists and highlight accolades received for customer service or product quality. Quality awards given out by J.D. Power and Associates, for example, are often used in product promotion. So will companies on The Black List launch a PR effort to combat the negative effect on their brand image – or will they just shrug it off and ignore it?

The companies on The Black List may have already answered that question: ... none of them responded when the magazine contacted them for comment".

I think that there is little risk of brands such as Abercrombie & Fitch being affected: the power of the brand lies in its link between a company's products and its customers. The A&F marketing pitch and advertising strategy are aimed at a very different -- and very much larger -- readership than the 20,000 corporately aware subscribers to Corporate Responsibility magazine.
Jeremy at 09:14:00
Share