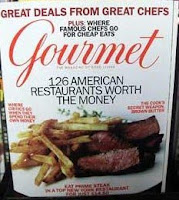 The question, it is submitted, is not what consumers can afford, nor what they need. There are two elements to a brand: its allure and its goodwill. The allure is a magnet that attracts first-timers who want to look like Kate Moss, smell like Britney Spears drive like Jensen Button or exude the couldn't-care-less cool of Diesel. This applies in respect of both new and established brands.
Goodwill, in contrast, attaches to an existing product, being the attractive force which brings customers back for more; this is however lacking in any case of brand extension by the original owner or the licensing of the brand to another. You can't simply say, as Cadburys did many years ago, that if consumers like their chocolate bars they will purchase their instant mashed potatoes. Anyone paying licence royalties for non-core uses of Vogue, Gourmet or Domino is taking a big risk, since a brand that doesn't have sufficient gravity to retain custom in the sphere in which its goodwill was initially developed can't be expected to perform strongly in other markets.
Jeremy at 09:49:00
Share