The war on counterfeits: how much would you spend? 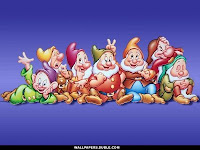 Quoted in a press release today, the UK's Minister of State for Intellectual Property David Lammy has emphasised the Government’s commitment to fighting counterfeiting and piracy with the launch of guidance designed to highlight the Proceeds of Crime Act 2002.

Right: at present the sums lost annually to counterfeits dwarf the sums spent in reducing or recouping that loss.

" ... seeks to raise consumer and market trader awareness of IP crime as well as warning would-be buyers and traders of counterfeit goods of the real cost – not only in terms of economic damage but also the risks to health and safety".

"Counterfeiting and piracy rob our economy of millions of pounds every year - intellectual property crime is worth £1.3 billion in the UK with £900 million of this flowing to organised crime. It affects people in their day-to-day lives presenting not just bad value for money but also posing a real risk to public safety.

"Legislation alone will not combat counterfeiting and piracy. Laws must be fit for purpose but effective enforcement is key. The Proceeds of Crime leaflet sends a clear message that we are all serious about tackling this problem."

The press release adds that developments in technology and communications have led to increases in intellectual property crime over the past decade, with estimates that the international trade in fake goods is worth around $200 billion - higher than the GDP of more than 150 countries.

These figures - an annual loss of £1.3 billion to the UK, and $200 billion worldwide - may be right or wrong, but it is impossible to determine them with any accuracy. Figures that can be determined with some accuracy, however, are the sums of money that are spent by the public sector specifically for the purpose of reducing or recouping this loss. Does anyone have such figures, or at least an estimate of them? Given the loss to the revenue of vast sums in value-added tax , corporation tax and income tax which results from trade in counterfeits and pirate product, it might be expected that the UK government, nationally and locally, would get a decent return on its investment if it spent something like £130 million a year on tackling it -- rather than leaving IP owners to struggle on their own initiative and at their own expense.
Jeremy at 13:57:00
Share