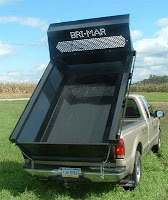 Regular readers may recall an earlier post from Andrew Logie about ‘free’ music service Spotify, which allows users to listen to a huge and expanding library of music to rival other major music services. Rather than downloading tracks, music is streamed from the Spotify servers (although some caching does go on in users’ computers).
Right: 'download' can mean different things in different business contexts
Writes Andrew:
The business model might be described as ‘Freemium’ in that the free service is backed up by a premium subscription model. Although the ‘free’ option is supported by adverts, this on its own would not generate enough revenue to support the service. Users can go Premium for £9.99 a month and listening will not be interrupted by adverts. The biggest problem facing the service is how to convert users who listen for free into users who pay a monthly fee. At the moment, the Premium offering just doesn’t offer enough to tempt users away from the free service.

Revolution magazine has now announced that Spotify is planning to launch an unlimited download option – a sort of ‘all you can eat’ for a fixed monthly fee. What they seem to suggest is that users would be able to download a file to their computer, much like they do when they download using iTunes. This came as some something of a surprise. I have been expecting Spotify to try to improve their Premium offering, but I didn’t expect unlimited downloads, and not for so little as £9.99 per month. Indeed, according to an article by Pocket-lint, a spokesperson from Spotify denied that they were planning such a service:

"Spotify's core aim is to provide a user-friendly music streaming service with the added flexibility of offering paid-for downloads in partnership with our external partners. That is not set to change”.

What appears has to have happened here is that Revolution magazine has misinterpreted, deliberately or otherwise, comments by Spotify’s chief executive Daniel Ek in relation to a hotly anticipated mobile application and its threat to iTunes.

Ek had indicated that they were in talks with mobile phone operators in relation to the rollout of a streaming mobile service, presumably so that the quality of service over the mobile networks is garunteed. If succesful, this would allow users to use the Spotify service on their mobile or network enabled music player. Up to now, Spotify has only been available on a PC or Mac connected to the Internet. With the mobile application, users will be able to stream anything from the Spotify library from anywhere with network coverage. This is undoubtedly a threat to the iTunes model of paying for downloads then loading them on a device. That doesn’t mean however, that they will be launching an unlimited download service. Yes, Spotify may cache files on a device to make it run smoothly, but it’s a long stretch to say that’s a download service!
Jeremy at 05:51:00
Share