As previously reported, the Westminster Media Forum (“WMF”) has organised a seminar on Private Equity and the Media which took place on 7 October 2008.

For those who were not able to attend, transcripts of the seminar have been made available by the WMF – showing that the seminar was well-attended and triggered some interesting debates on the current investment climate and the different aspects of the credit crunch in the media sector. 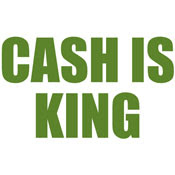 With the current financial services downturn affecting the real economy (“clearly going into a recession”), the audience heard that “credit is cocaine and cash is (still) king”. Despite the current lack of confidence in the financial services industry, the creative industries and the media are among the sectors which, having proved successful in the UK before, continue to offer exciting opportunities. Among the current trends the return of moneyless deals was noted: if you cannot be a king and go for acquisitions paid for in cash, you need to think of joint ventures, consortia and alliances.

Speakers seemed to agree that the media industry is one of the undervalued sectors at the moment. And this is a good thing in the current circumstances: unlike at the last dot com boom in 2000, media companies today have very low valuation - which bears potential. As keynote speaker Simon Terrington of Human Capital noted, “with intelligence the big money is made from the bottom”.

The difficulties of the valuation of media businesses were discussed. For example, it was noted that television production companies tend to be “very empty of assets”, consisting basically of people and their knowhow, relationships and talent, with little guarantee or reassurance what this will be worth in a couple of years’ time.

The area of most interest here are intellectual property assets - which now are effectively monetised on an international basis, capable of being rented out (just as in the bricks and mortar world) and generating considerable income. It was noted however that in the digital era intellectual property becomes more difficult to control and insecurities arise with entry barriers disappearing, distribution chains becoming unpredictable and the copyright and intellectual property regime continuing to develop.

So is private equity good for the UK’s creative economy?

Views differed, but overall this question was answered in the affirmative. On the positive side, private equity benefits companies by bringing in management disciplines and creative business ideas from a financing point of view. However, with private equity typically looking for a payback within three to five years’ time, it often does not leave sufficient time to actually get round to understand the media business, in particular “hits and talent businesses” which are difficult to manage and rather unpredictable. Unlike trade buyers (and it is very much a trade buyers’ market at the moment), bringing in some understanding and sympathy, private equity can stifle creativity with bringing in rigour, sound business practice to what often are immature media businesses.

In contrast to only 10 years ago, there are now a number of well-known private equity funds which are highly experienced in investing in media companies, covering all businesses of all sizes and enterprise values. “Trying to understand the media” is key. And the creative industry should be happy to cooperate, since getting an equity investor on board means increasing security which is good news for creativity…

However, not all media companies are suited to private equity investment; it is only for creatively-led businesses able to survive the loss of one or two creative members and able to adopt, at least to a certain degree, some private equity thinking, concentrating on more stable cash flow and overall predictability.

Areas of growth in the media sector in challenging times like these are predicted to lie in business and information services, “pure-play Internet” and mobile services, branded entertainment and out-of-home media. And it comes as little surprise that the real players driving the media agenda were named to be technology companies - the Googles, Apples and Nokias of this world.

For a forecast on institutional and consumer media sectors click here and for information on upcoming Westminster Media Forum events click here.
Eva Lehnert at 18:06:00
Share