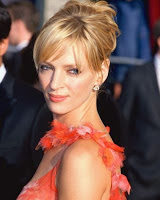 From Manatt Phelps & Phillips LLP's website comes a note ("Uma Thurman sues Lancôme for using her face in ads") that sparks off some interesting issues at the IP/finance cusp. The note reports that actress Uma Thurman has sued L’Oréal SA’s Lancôme for $5 million in a Manhattan federal court, complaining that the latter was continuing to use her likeness when marketing its products even years after the expiration of the licensing agreement (September 2004 for Europe, December 2004 for the rest of the world). Lancôme maintains, among other things, that the licensing agreement excuses it from liability if third parties continue to use Thurman’s image after the expiration of the contract.

Among the interesting issues raised by situations such as this, the question arises as to the extent to which damages for loss of licensing opportunity are available to a celebrity. Any continued unauthorised use of celebrity names and likenesses can be viewed as a sort of involuntary licence, the terms of the existing licence giving at least a clue as to the commercial worth, or 'going rate', which that use is worth -- but the same continued unauthorised use may have the result of delaying or even preventing the celebrity securing a subsequent endorsement contract in the same or another sector. In the UK, the notion of "damages for loss of opportunity to enter a contract" has never been warmly endorsed in general tort law, though the Court of Appeal in Gerber v Lectra seemed to accept it as a possible head of damages in respect of patent infringement. Where do other countries stand on this? Any comments or suggestions?
Jeremy at 11:04:00
Share