The power of image rights 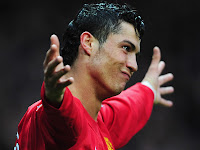 The power of image rights is no better illustrated than by this link to an article in The Guardian entitled "Endorsements block a 'major factor' in Ronaldo's move to Real Madrid".  Brand Finance specialist and brains behind Elle Mcpherson's original licensing model, Mary-Ellen Field, is heavily quoted:

"Ferguson's view that [commercial exploitation] takes a player's mind off the game is valid," Field said. "However, the contract between the player and licensee means they usually have to work 20 days a year at most.

"With any brand building, whether it's a person or product, the more positive exposure you get, the more valuable your brand becomes. It would have been beneficial for the club and player to get as much exposure as possible."

"In 2002, United signed a 13-year £300m contract with Nike that allows the company to control the club's global licensing and retail operations. believes that if Ronaldo had been able to develop, for example, his own perfume brand, like Beckham's lucrative Pure Instinct, it would have been mutually favourable. Despite being the world and European player of the year, Ronaldo's only major deal is a recent agreement with Castrol, in contrast to Beckham's blue-chip partnerships with Armani and Adidas. "There is no downside. The player is happy with his endorsements, and the club can sell the product and get the mark-up – website sales are huge," Field said

When it comes to player management it is not often that one criticises Sir Alex but is this an indication that Manu are struggling to keep pace? Or perhaps it is another shrewd move by a manager who realises that a team is not just a collection of stars but a closely knit unit where no individual is beyond the game or the team? Either way, it is a fascinating insight into the potential power of image rights. The irony is that stars like Ronaldo and Beckham owe so much to nurturing by the likes Ferguson in creating their image. One just has to consider the deft management of both players' images following the infamous Rooney (created by Ronaldo) and Beckham send offs during crucial tournaments; on both occasions potential image annihilators.

....which leads me to my quote of the day: "The intellectual property and sheer weight of experience in this Springbok squad make them one of the best ever" The Sunday Times, ahead of the Springbok v Lions test match series in South Africa this month.
Posted by Darren Olivier at 08:22:00

I too noticed the 'Sunday Times' quote about intellectual property and the Springboks. This is a novel use of the term "intellectual property" and I wonder what IP the Springboks actually possess. The side are renowned for their physicality - they just beat their opponents up. Nothing original there. They also have some very talented backs - Brian Habana in particular - but the British and Irish Lions have talented backs too, so the 'Boks cannot claimlentu a monopoly. Their IP probably resides in their deeply tribal nature, born of fierce independence; whether the Lions can counter this will become apparent this weekend.

The Springboks have an eleven class registered Community Trade Mark for SPRINGBOK RUGBY; this is powerful IP.